There are two things about me that you as readers of this blog know about me: 1. I love to travel and 2. I hate nature, especially if it comes in the form of improvised camping or wildlife in my backyard. So it’s not really hard to imagine how MUCH I freaked out when I discovered that RATS have been invading our lovely house here in Medellín. Out of all living creatures on this planet, these vicious and malicious rodents are my least favorite. In other, less dramatic, words: I am SCARED of them. And now they decided to come for me. I am convinced it is all part of a world wide rat conspiracy against me. It all started about a week ago, when the first RAT made its move while I was watching the sunset. Can you be more cruel? My quiet, peaceful moment turned into a horror scene as I noticed that a RAT was sneaking up on me. I am absolutely sure, beyond the shadow of a doubt, that IT had been waiting for this precise moment to attack me. Knowing when I would be most vulnerable. Obviously, I screamed, I ran, and told everybody about it. My (male) roommates basically just laughed at me and said it was no big deal. Great. It still wasn’t a big deal to them when I found some incriminating turds in our pots (!!!!). (Okay, except to our French roommate, but he is scared of roaches and the friendly lizards that show up on the walls when it rains, so nobody takes him too seriously when it comes to house animal matters.) Now THEY knew nobody would stop THEM. They had found the perfect opportunity to torture me and immediately called back-up. Not long after that, we started finding turds in the kitchen and bathroom drawers. At which point, I refused to enter the bathroom unless somebody checked ALL the drawers first to make sure there was no evil RAT waiting inside to scare me. I even started having nightmares about RATS coming into my room at night to attack me. Finally, even the men of the house were convinced that we had to kill the beasts (as some of them put it). We called an exterminator who sprayed some natural stuff around the corners and laid out a few blue cubes of rat poison. Needless to say that I was more than skeptical. Natural? What good is ANYTHING natural going to do against these fearless beasts? It follows that the next day the rats hadn’t eaten any of the poisonous cubes, but happily continued to use our drawers as their personal bathroom. So we decided that it was time for some real action. Yesterday, we laid out sticky pads in all their favorite spots, convinced this time there would be no escape for them. We were sure that this morning we would find millions of RATS glued to them. Imagine my disappointment when I checked this morning for RATS (okay, technically Sam checked for me as the thought of a sticky RAT in close proximity is just too overwhelming for me), and there were exactly: 0. They had definitely been inside the drawers, as all sticky pads were moved, but they must have recognized them for what they were (death traps) and gotten the hell out of there.On the bright side, the RAT colony seems to have moved their bathroom somewhere else. On the scary side: I don’t know where they moved. Now, each time I want to open a drawer in the house, I breathe in, close my eyes, open the drawer and run away as fast as I can to check from a safe distance if evil is waiting for me in there. I am desperate! At this point, I am even willing to perform any type of ritual, as long as it’ll make them leave. Somebody out there (anybody, really): HELP!

2 thoughts on “Invasion of the Killer RATS” 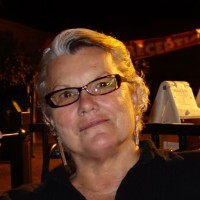 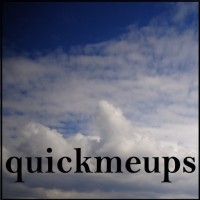